In the autumn of 2018, AEGEE-Budapest got in touch with several antennas, or they were picked up by us. Then the Board agreed with AEGEE-Moscow and AEGEE-Ljubljana to organize Exchanges with them in March 2019. Exchange is an event between two antennas, where the members of the antenna visit each other, showing each other’s city, culture, food, history. When we decided the dates, we managed to make the Exchanges arriving to Budapest at one time for the two antennas, so I thought we would hit two birds in one stroke, because the amount of the organizing task was equal to 5 or 25 people.

The organization started with accommodation search, which went quite easily, as there were a former AEGEE-Piliscsaba member who operated a hostel near Jászai Mari Square, so it was fixed. I did the compilation of the programs based on the previous Exchanges, SU and New Years Event. For this organization I wrote to several companies, institutions such as BKK, Parliament, Budapest Gyógyfürdő Zrt. Unfortunately, we did not get any support.

In the mean time, the number of the participants has been finalized. Originally, 32 people applied from Moscow but only 20 arrived, respectively 4 arrived from Ljubljana. As a confirmation, I asked everyone for the travelling tickets, from the slovenians the participation fee as well. Whoever needed, I wrote out an invitation letter so they could come to the country. 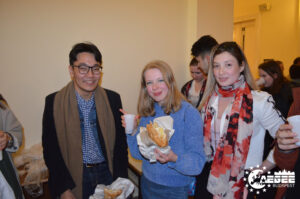 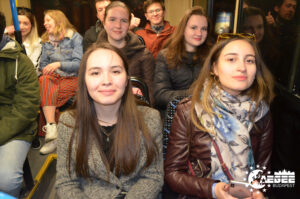 In March there were several Weekly Meetings about Exchange, where the program was finalized, the helpers were selected and allocated to the tasks. Several participants arrived 1-2 days earlier, whose hosting was solved with the help of our own members, and the first day of the official program came on Thursday. Several assistants participated in the arriving of the participants and in the hosting of them  from the airport and the bus station. After this there was a gathering point at Jászai Mari tér from where we traveled all the way to Boráros Square on BKK’s scheduled ship, and then walked to Corvinus University through the Bálna. Unfortunately, the Whale roof terrace was not open, so only one door separated us from a very nice view. With Laura, the two of us were bringing some Lángos, while others were helping in preparing, in the ice-braking games and keeping the Opening Ceremony as well. After a light evening, everyone went home soon, though not in the originally planned Hostel because there was no electricity, cleared up the previous day. 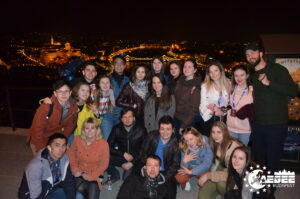 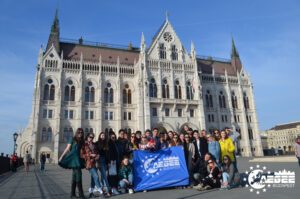 The Friday started with SPA, in Lukács spa, which I think was a very good choice based on price. In the afternoon we visited the Parliament, the Liberty Square, the Basilica, the Erzsébet and the Ferenc Deák Square in the framework of the sightseeing tour of Pest. The EU Night was at the Corvinus University and was preceded by a Hungarian Language WS. With a record number of almost 60 people, the EU Night was hosted with plenty of food and drinks. Unfortunately, as many new Russian participants came, they did not bring alcohol with them, but I hope the Hungarian table compensated them. The night was continuing with the Anker’s ruin pub when it was discovered that our hostel had bedbugs and none of the participants wants to sleep. Approximately an hour later, every participants knew where they sleep, which was a sign of a really good collaboration.

Saturday was a more restful day, we went up to Buda Castle and we watched the sunset on the Citadel. In the evening, the participants took part in a well-organized pub tour. Unfortunately, on Sunday, the six of them went to Vienna, which I felt bad for and the 4 slovenian delegation went home very early. The ones who stayed more, we went to Normafa, check out the Széchenyi Lookout Tower and then we came back to town with a chair lift. In the evening we visited the Heroes’ Square and the Castle of Vajdahunyad. 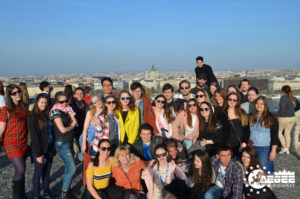 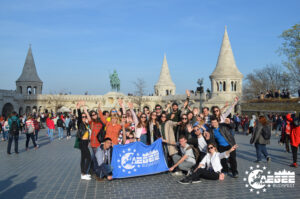 The four-day program was demanding and exhausting many times but it was definitely a great experience that we got to know many really good, kind people and we could make our relationship stronger. Special thanks from the side of the helpers for those who did hosting and did not regret time and energy to participate in the programs.